Whales and a Granite Skywalk 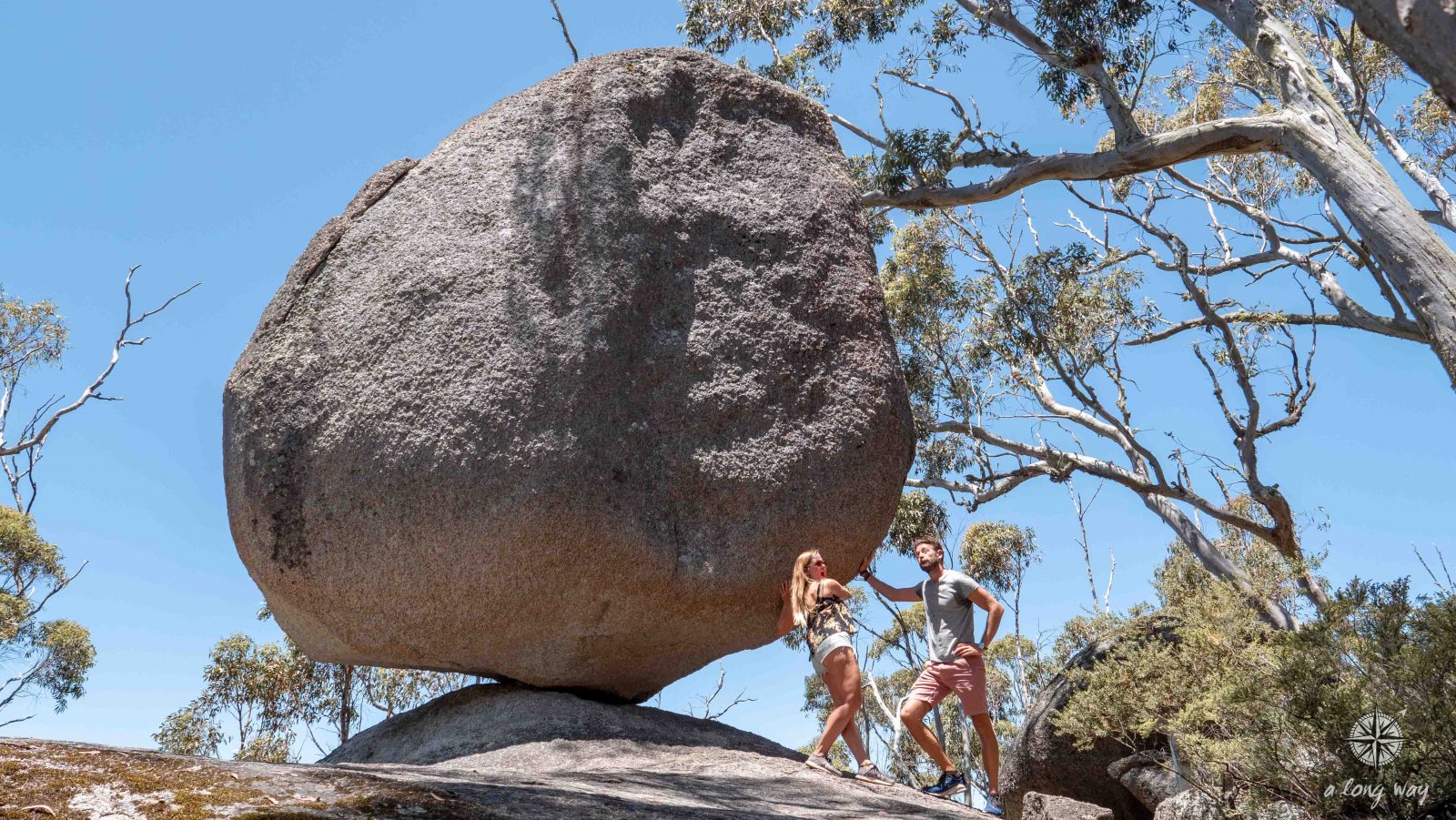 Albany has a dark past. It used to be one of the biggest whale hunting cities in the world and strangely it is not ashamed of it. The former whaling station has been remodeled to an impressive open-air museum but the trade stays brutal. But there are also some beautiful displays about the whales including the skeleton of a fully-grown blue whale.

In contrast to the whaling station there is a Granite Skywalk further up in the hills that includes a massive rock balancing on its tip.

The tour at the whaling station felt quite strange. Our guide wasn’t particularly motivated and most of her jokes didn’t come through. But what was more disturbing was her believe that the whale hunt didn’t harm the whales in the end as today there are plenty of humpback and sperm whales around. We also learned that the flinchers, the ones cutting the whale in pieces, had a particularly hard job and that the whaling station closed in the end not because of moral reasons but because of economic ones – this came across more than strange and we not particularly agreed. Luckily mastering the granite sky walk afterwards was more uplifting. There we got rewarded with a spectacular view and some rocks so well balanced – it was breathtaking.

Kangaroos at the Beach

No Tree in the Nullarbor