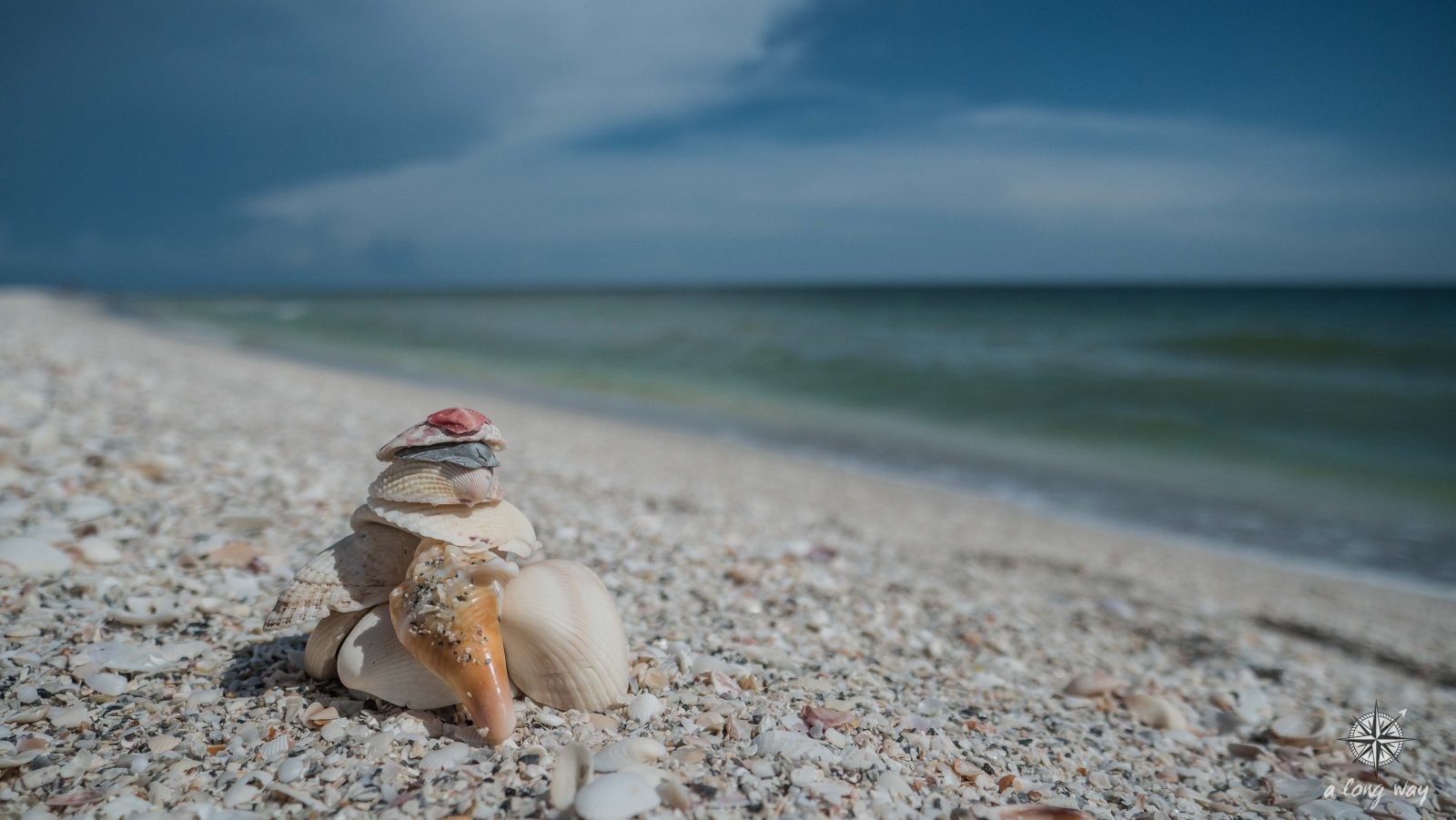 Luckily this manmade disaster of the red current did not affect beautiful Sanibel Island and its natural reserves where we spent our next day. The white beaches are stunningly beautiful and full of shells. Spending the day splashing in the warm Gulf of Mexico, sunbathing and collecting gorgeous shells.

But the wonderful day had a remarkable twist… another creature almost lost its life that day. In order to catch the beauty of this island we let Melvin fly up into the sky when suddenly strong winds came up and caught him and pushed him far away from us. He wasn’t able to fight the strong winds and drifted further and further away.

We were devastated and were already jumping into our car to follow him when we finally managed to get him low enough that the wind couldn’t catch him anymore. But when trying to land him there, more than 600m away, he lost our signal and automatically went into the return home mode.

When he automatically made his way up to 30m we so hoped that the wind had meanwhile died down and he could fight it. And he did and safely made it back to the place where he had taken off. We felt so released and swore to ourselves and to him that we would never let him fly again when there was more than a slight breeze.

Alligators in the Everglades