We almost got stuck in the middle of nowhere 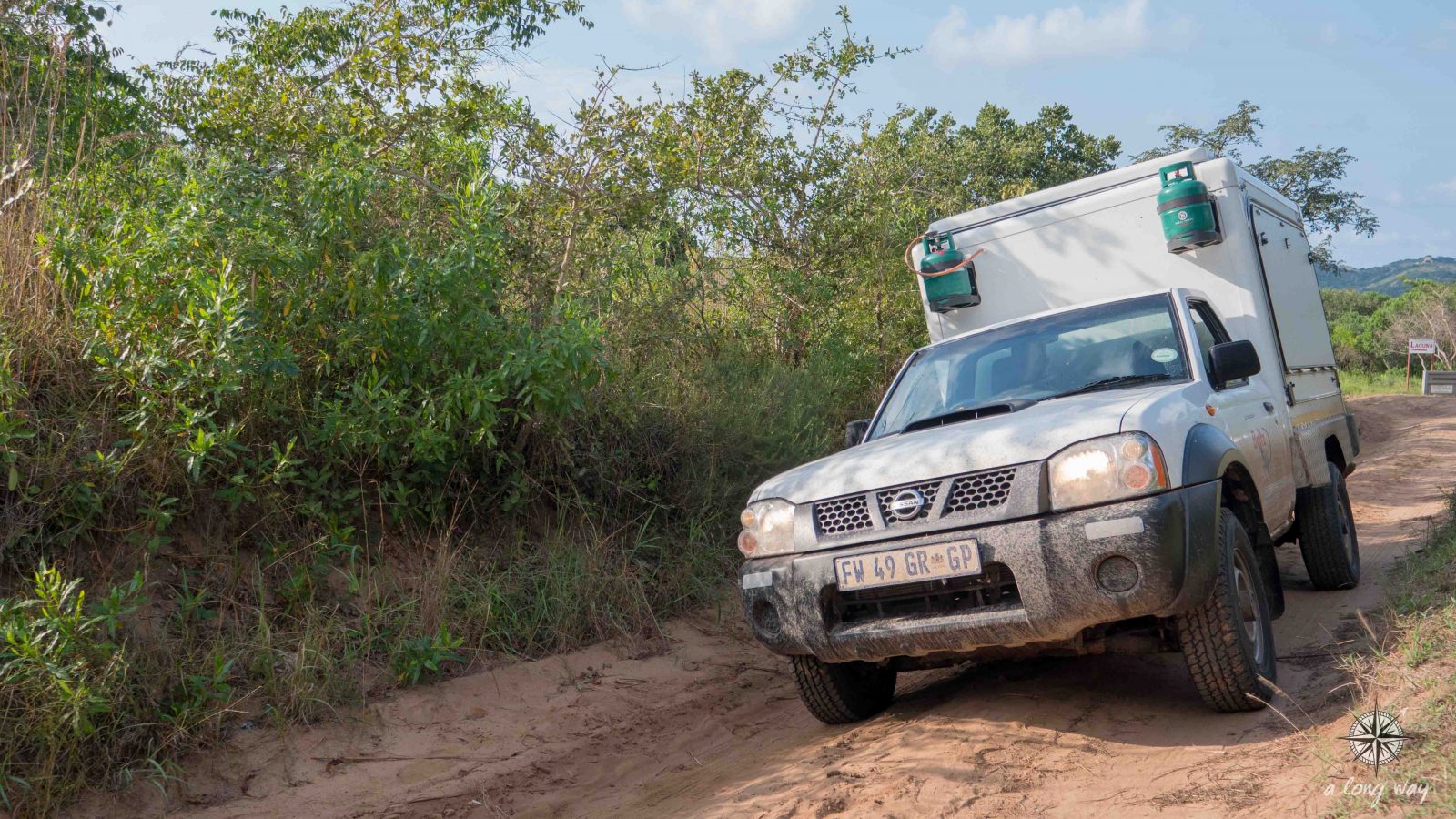 That day was the day we took off for Mozambique. But first we had another proper hour of driving within the park. And as mostly there are not many animal encounters in the early morning we didn’t expect to see much. Luckily that rule did not apply on our last day. We saw four rhinos including a baby one and an entire family of pumbas. Two parents with their five little ones – it was adorable. We also saw some elephants and quite a lot of impalas. Even though you can’t miss them I know I will miss them because they look like a more beautiful version of Bambi.

After saying good-bye to all those animals, we took off towards the border to Mozambique. Even though we were well prepared, it was quite a hustle to cross that border. Fake border officials who tried to help us, vehicle import forms that were not that easy to file and a constant rain that made the whole scenery even more uncomfortable. But we somehow managed in less than an hour including our visa on arrival.

What we didn’t know by then, was that the real adventure was still ahead of us. The first policeman who pulled us over and asked to open our camper for him couldn’t properly identify himself, but everything went fine and even the streets looked alright at first. But then it got worse. We are still not sure if meanwhile the shittier road to the left had been upgraded to a toll road but google maps pointed us to the right at the interception and therefore we turned right. The street immediately got worse but still manageable as we were driving a 4×4 campervan. But the further we drove on that road the more we needed all the capabilities this vehicle had to offer. The holes in the street got bigger and bigger and thanks to the rain some parts of the road were slippery as hell. Thank god my mother had given me that voucher for that drift training when I turned eighteen, I needed every single bit of skill I had accumulated that day. Thanks to the training and some luck we drifted a couple of times but never got stuck and after only 120km made it back to a more proper road.

But once we arrived in Praia do Bilene and followed the sign posts to the laguna beach camp we intended to stay at, we realized that the rally wasn’t over. It was a tough drive on a sandy ground through little water pans and in angels I had never driven before until we finally arrived at a massive closed gate. Even though there were no other guests on the campsite we were lucky that the manager was around, opening the gate for us and welcoming us to his campsite. That evening we sat down in our camping chairs at the white sandy beach at the seaside, emptied a bottle of South African wine and cheered on surviving this adventurous ride.