The Three Best Things to See in Anuradhapura 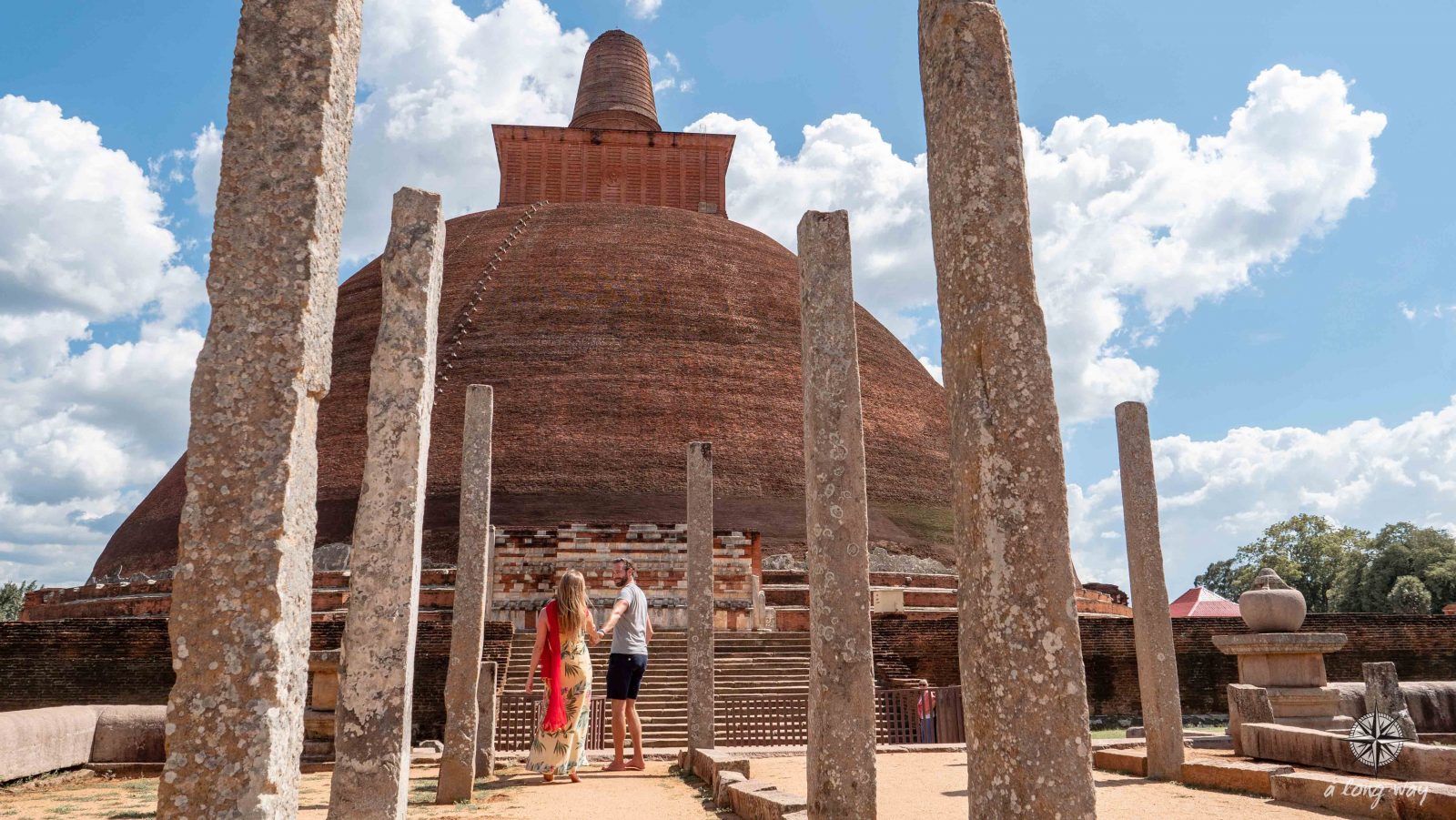 Anuradhapura is one of Sri Lanka’s ancient capitals. On 41 km2 you can find an endless number of well and less well preserved ruins of an ancient Sinhala civilization. And because the area is so big and the sun can be unbearably hot, we present you the best three places to visit in Anuradhapura.

The entrance is USD 25 and can be bought at a ticket booth next to the archaeological museum, but nobody checked our ticket later at the sights and we are therefore not sure if we took the right decision to buy it. To enter the sights you need to cover your knees and shoulders and bring some socks, as otherwise you will burn your feet.

This old fig tree also known as Jaya Sri Maha Bodhi was planted in 288 BC. Which makes it the oldest planted tree in the world. What makes it sacred is the assumption that it is the southern branch from the historical Sri Maha Bodhi under which Lord Buddha reached enlightenment.

We circled the entire tree, but as you have to walk on hot stone plates without shoes, there was quite a lot of suffering involved.

Get bedazzled from the white Ruwanwelisaya Stupa

This completely white stupa is beautifully renovated and with its 338 feet in height, it can be seen from quite far. It is protected by 338 elephants and crowned by a 20 feet tall top. So far, this top part is only painted with gold color but thanks to a donator from India it will soon be replaced by a top made of 50kg of gold.

This time the stone plates were so hot that we had to sprint from shadow place to shadow place. And as there were none around the stupa, we didn’t circle it.

Count the bricks of the Jetawanaramaya Monastery and Stupa

This brick stupa used to be the tallest in the world when it was built in the 3rd century. It was white, 400 feet tall and made of 93 million bricks. Since a lightning strike in the 18th century its top part is missing and as the white color is gone it presents itself in a brown-red color.

This time we managed to surround at least half the stupa to get a nice photo. But it was still a pain to run from one bit of grass to the next.

Arrival at the Beach

High on the Lion’s Rock