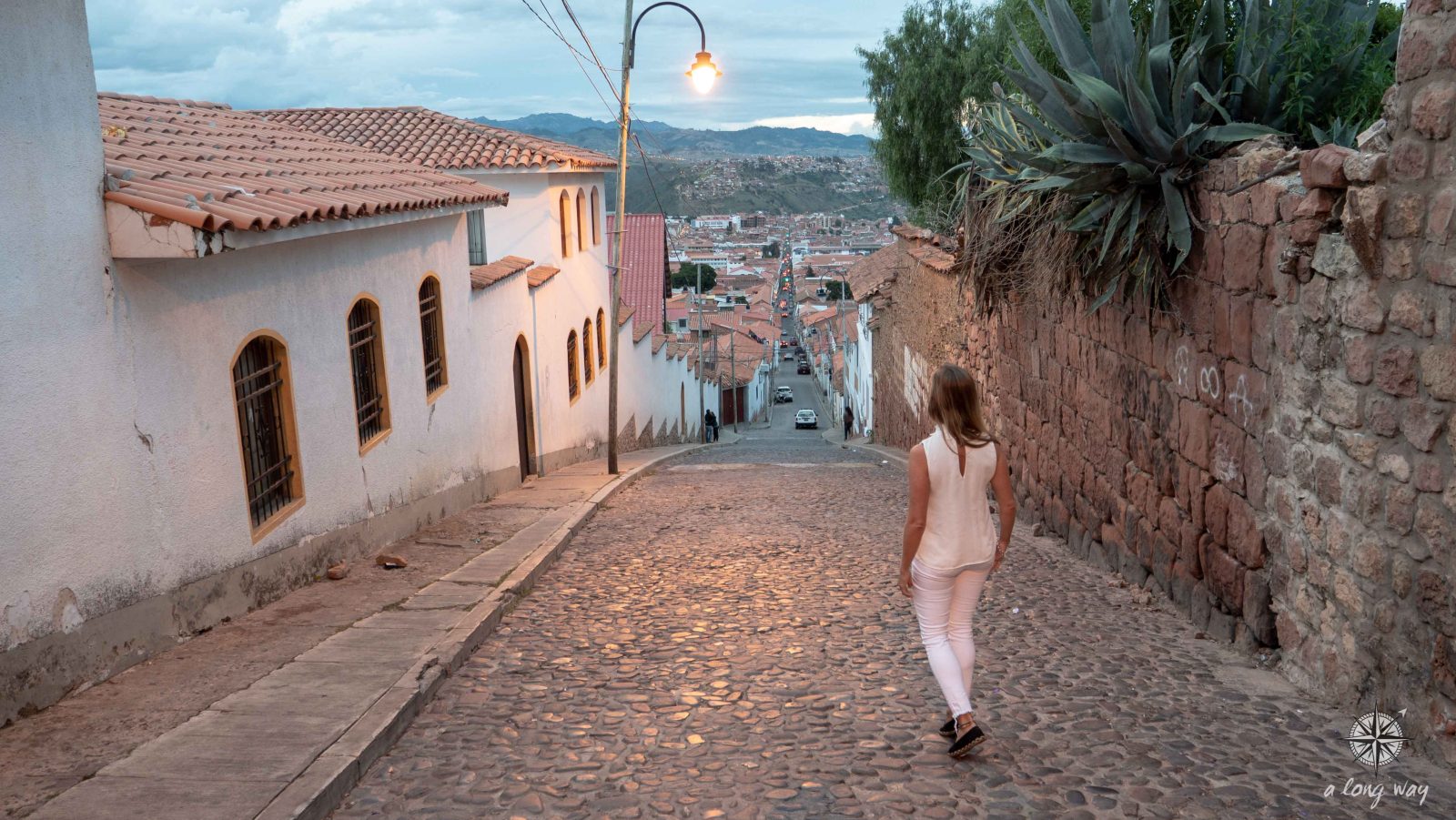 On boxing day we left for Sucre. Still without Seimen’s and Eva’s luggage as Alitalia continued to prove incapable to deliver their luggage to the right location.

We took one of the shortest flights of our world trip to Sucre, as the bus journey over the Andes would have been unbearable. Sucre was preferred by the Spanish royalty and the wealthy families who profited from the silver mining in Potosi. As they simply liked the weather in Sucre more. And as they had lots of money to spend, they built many beautiful churches and convents. The most impressive of those is the San Francisco convent whose entrance is so well hidden, that we circled the entire block twice until a local woman helped us out. But not only is the convent astonishingly beautiful, it also offers a great view over the city from its roof and bell towers.

This view is only topped from the café at the mirador. From there the entire city lies in front of you and after sunset it turns into a gigantic Christmas tree. Another highlight is the cemetery as it is not only enormous but also so well designed and decorated with colorful flowers that it feels less like a place of sadness but more like a place of hope.

Feel the Altitude in La Paz