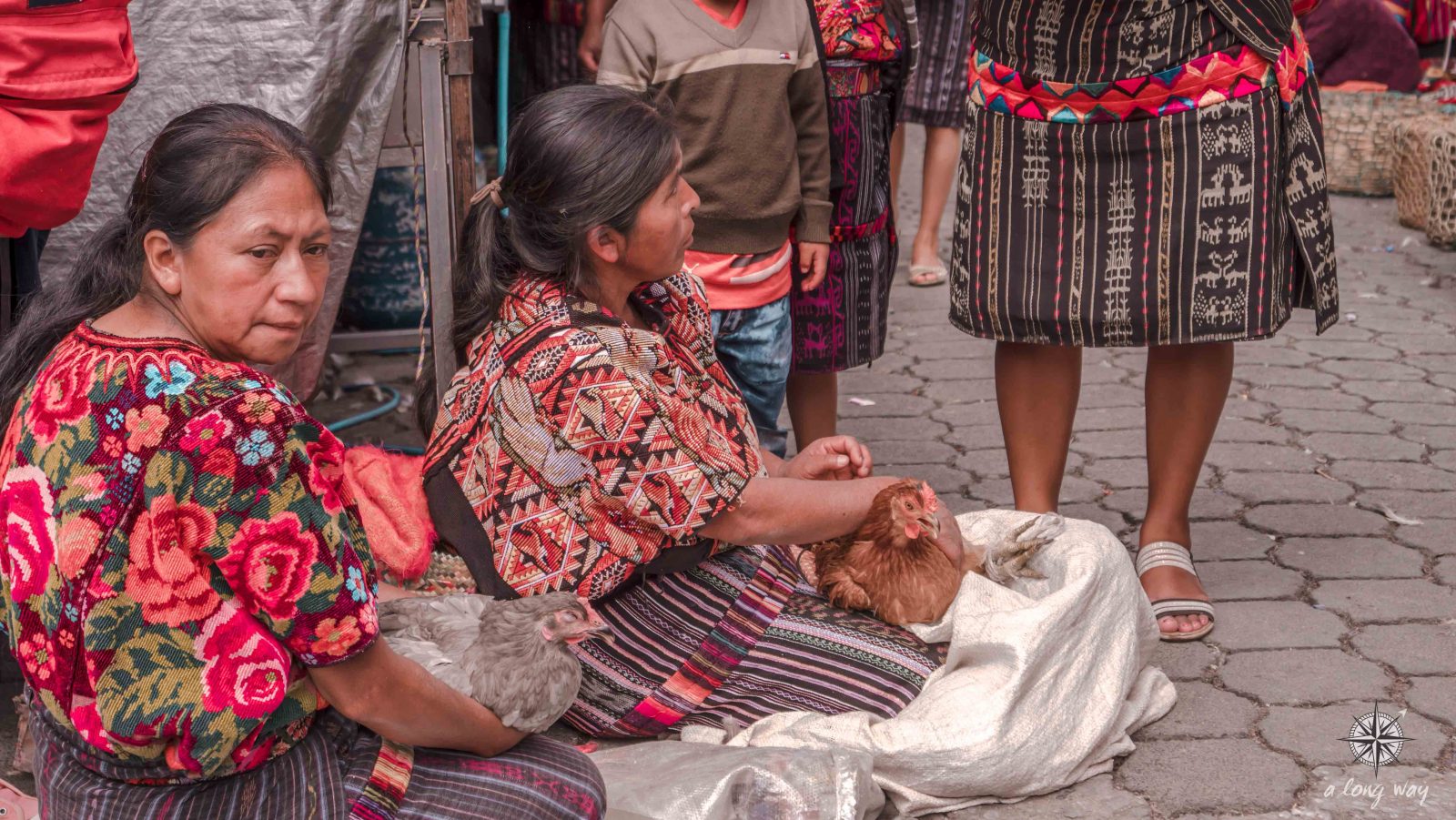 This weekend had already been intense, but we nevertheless got up at 6am on Sunday to catch our shuttle to Chichicastenango. After a curvy 2h ride we reached this lovely city in the mountains (1’965m) that hosts one of the biggest and most well-known indigenous market in all of Central America.

On Thursdays and Sundays, the entire city center turns into one gigantic market, where you can buy all sorts of colorful clothing and souvenirs, flowers, pottery and food. There is an entire street for selling living animals and the vendors are so numerous, you don’t even want to count them.

The entire market is centered around the 400-year-old church of Santo Tomás. This catholic church is the spiritual center of the indigenous Mayan K’iche. They represent 98.5% of the population in the village. The reason for this is, that the church was built on top of a Pre-Columbian temple who the Spaniards had destroyed when they invaded the city. We witnessed, how a Maya priest was performing a spiritual ritual on the stairs, unimpressed by the buzzing of all the vendors and customers around him.

We spent a magnificent day in and around that market, admired the beautiful handicraft works, bought some presents and enjoyed lunch in the middle, before we took our curvy ride home.