Great Ocean Road in a not so great storm 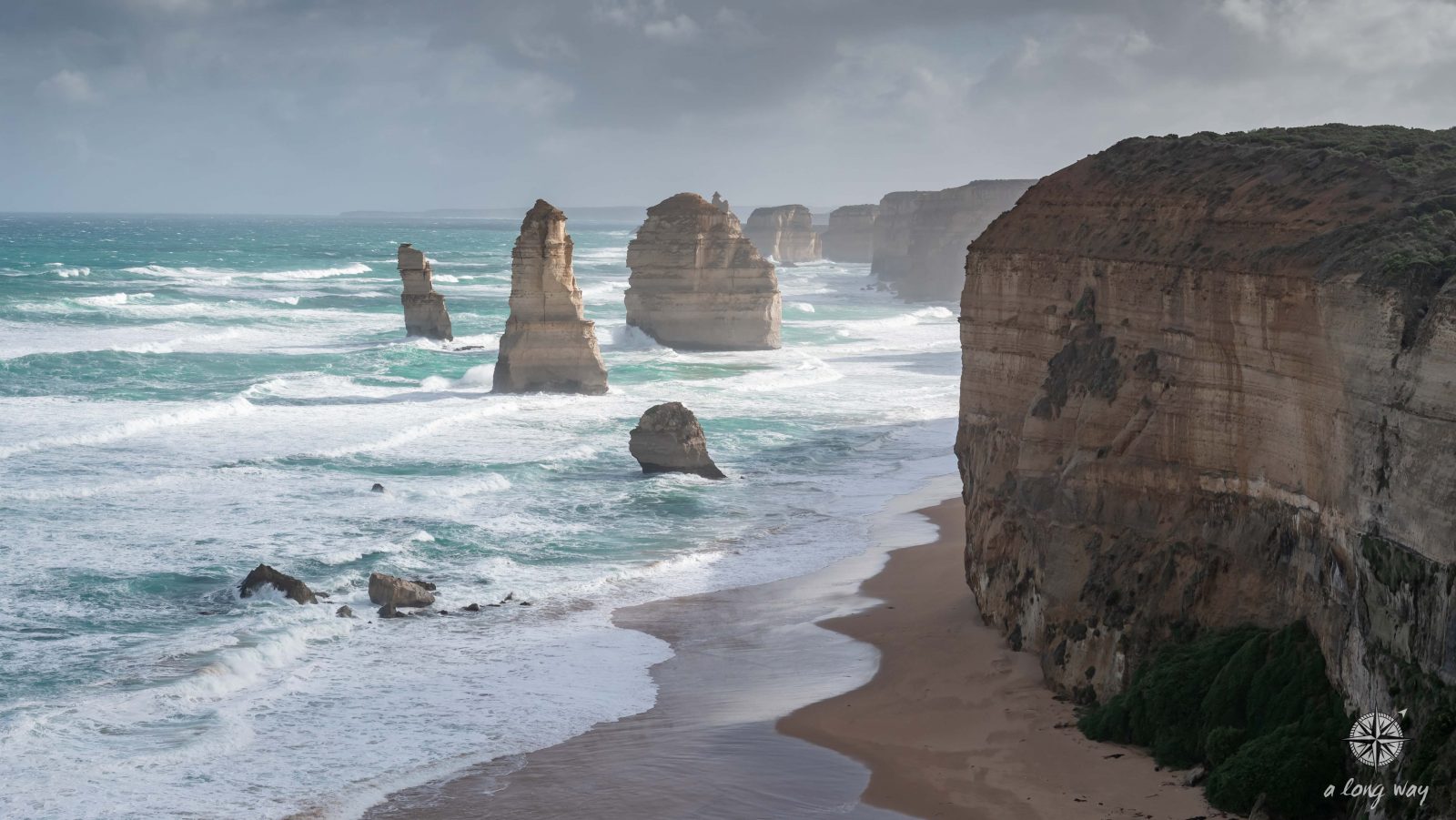 It is considered the most stunning coastline in Australia and absolutely deserves this verdict. It starts after Melbourne and continues until halfway to Adelaide. There is the possibility to spot Koalas in the area of Kennett River, followed by the first rock formation called the Gibson Steps before you arrive at the famous 12 Apostles.

There have actually never been 12 of them, but it made a fitting name. Today seven are still standing, heroically protesting against the waves and weather that is constantly nagging on them. When the beach at the Gibson Steps is closed, Loch Ard Gorge is the first chance to go down to the beach and look up these steep cliffs. London Bridge is next on the itinerary and it used to be connected to the main land. The urban legend says, that when its connection broke down a couple was trapped on it and had to be rescued by helicopter. Unfortunately, the “couple” was married but not to each other. Last item on the journey is Bay of Islands where the remaining parts of the former coastline formed little islands.

We were lucky as we catched a relatively good week in Melbourne, but the day we moved our home back from a cozy Airbnb to our campervan Tony it started to rain and storm. Luckily, we could still go on the search for Koalas in the Eucalyptus forest of Kennett River. And we found several of those cute grey furballs high up in the trees. We stayed so long with them, that we had to spend the night on a campsite close by as we wouldn’t have made it to the 12 apostles before sundown.

The next day started cold, windy and rainy and it stayed that way the entire time. Because of the storm we couldn’t go down to the beach at the Gibson Steps and at the 12 Apostles we had to wait in our van for a short window of no rain – it was still fun tough.

At Loch Ard Gorge we miscalculated the window and got trapped by the storm down at the beach. We got so soaking wet that we needed to stand quite some time in front of the heater in a restaurant in Port Campbell to completely dry up again. On our last two stops at London Bridge and the Bay of Islands our timing was better and so we made it relatively dry to our next campsite.

Wildlife in the City

Drinks in the Clouds