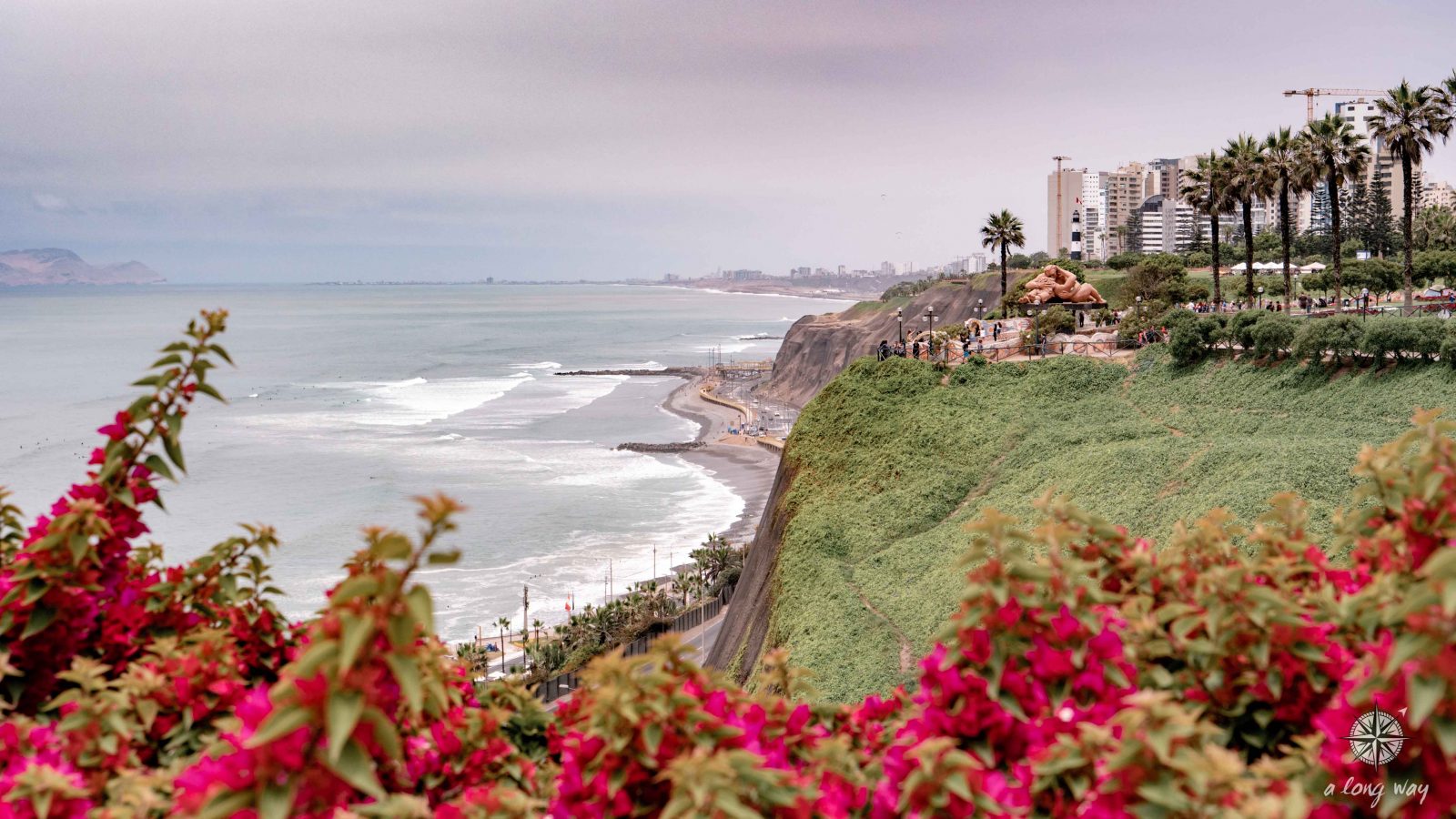 After two working days in Cuenca we traveled with a taxi, a 10-hour night bus, a taxi, a flight and another taxi to Lima.

Peru is the 15th country we travel to on this world trip and already the 5th Spanish speaking country we entered. And as we are still in the process of learning this language, getting used to the different dialects is a perfect training.

Lima is an enormous city enthroned high above the cliffs with his 43 districts and almost 10 million inhabitants. But the highlight of that day wasn’t the city itself but the arrival of Daniela’s brother Roger. He had lived with us during the last 6 months before we left for our world trip. And therefore, travelling Peru with him for three weeks felt like a “WG-Reunion”. And when he finally arrived, we couldn’t hold back anymore and were dancing in the street. Afterwards we were celebrating on our roof terrace as we used to do on our rooftop in Zurich.

The next day we explored our neighborhood Miraflores with its beautiful parks and luxury houses and the bohemian area of Barranco with all his street art, bars and cafes. We also explored the beach area with his stony shores, the cold water and the numerous surfers. It was sunnier than we expected that day and so we ended up red like crabs – some of us more and others less.

The next day we joined a free walking tour in the city center where we learned lots of fun facts about the city. The city was founded by the Spanish inquisitor Pizarro and chosen as the capital because of its nice weather – 15 to 28 degrees and almost no rain – and its location at the shore and at a river. Their national liqueur Pisco is so important that it has its own national day on the 4th of July. From 2003 to 2010 the big fountain on the Plaza de Armas was even filled with Pisco on that day. But as the Peruvians love drinking, all bars have to be closed on voting days.

And as sightseeing made us hungry, we joined a free food tour in the afternoon. Lima is considered the food capital of Latin America and therefore we felt obliged to try some of its specialties. As Lima started out as a fishing village seafood and especially Ceviche is one of them. We tried this on our third stop but before we went to a local food market where we tasted the sweet Chirrimoya fruit. On our second stop we tasted with Chaufa Republicano the African and Chinese influence on the city. When slavery was banned many Chinese moved to Lima to continue the work of the slaves. And as they only got payed at the end of their contract, they received relatively big amounts of money, which they used to open restaurants.

Our last two stops were to enjoy local deserts. Outstanding ice cream first and Picarones after. Picarones are doughnuts made with sweet potatoes and pumpkin. We were so full and tired after those two tours that we skipped dinner and enjoyed some beers on our roof terrace before we felt into a deep slumber.