Face-to-face with a Hammerhead 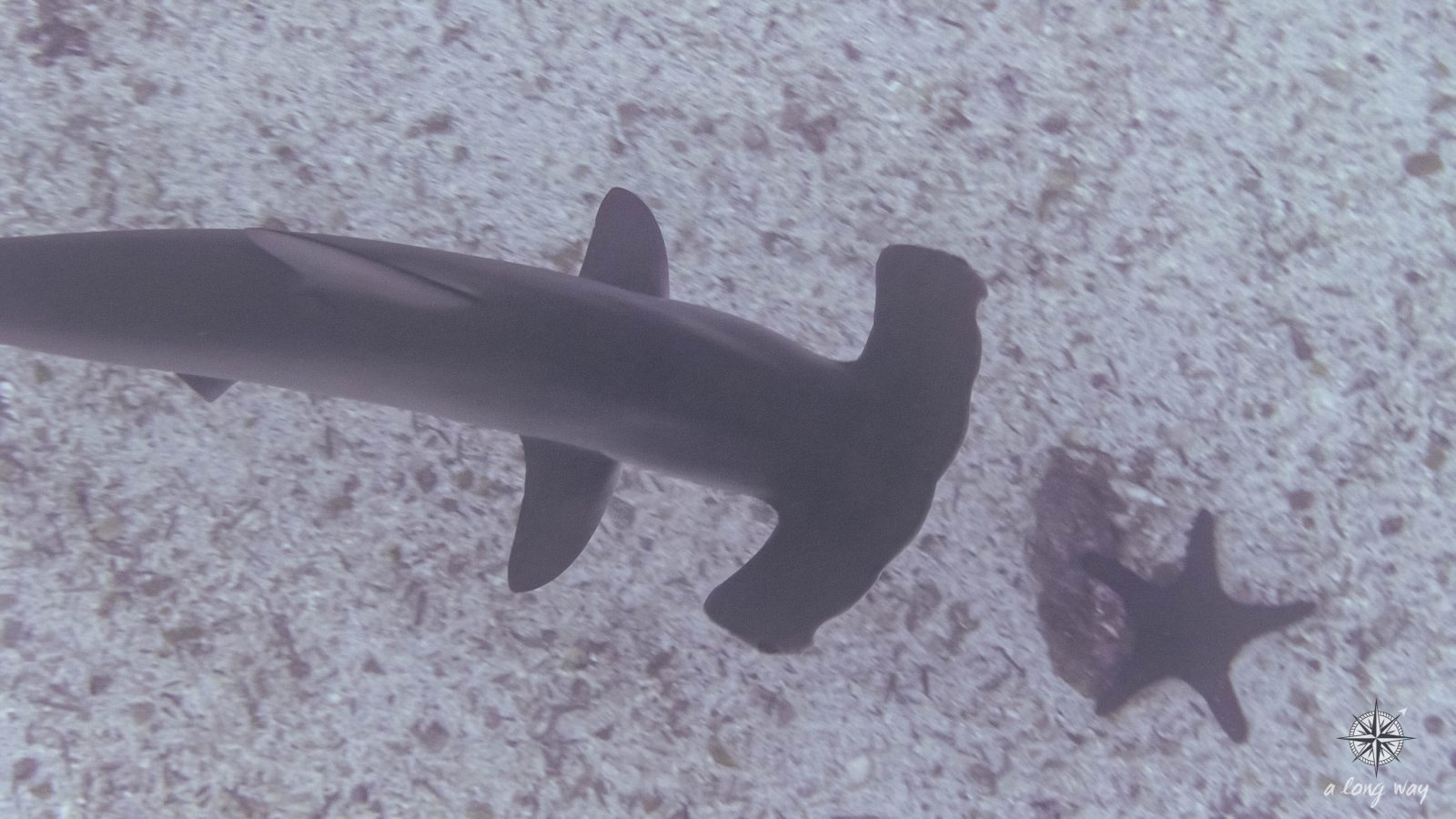 Since that dive in the Bahamas where Daniela had seen a hammerhead shark and I didn’t, I had waited for my time to come. And November 13th had pretty good chances to become that day. But in the end, it is not a zoo and therefore you never know for sure.

We skippered on an old sailing boat, which was maybe the most beautiful dive boat we have ever been on. When we reached Gordon’s Rock after almost two hours we were impressed by its size and the power of the waves breaking at his steep shores. Nevertheless, there were many seals, marine iguanas, crabs, pelicans and other birds resting on his walls.

As the big sailing boat couldn’t get close enough to the rock, we drove out with two small Zodiacs and could already feel the swell and the strong currents. And as soon as we entered the water, the adventure began. We dropped down quickly to more than 20 meters but the current was still pushing us around. Our guide had to change his planned route several times as the current was constantly changing. We went left and right, up and down and at one point we even had to hold on to some rocks in order to bring down our heavy breathing.

And besides all the effort, the water was cold, the visibility poor and we saw nothing of significance. But all this was forgotten when almost at the end of the first dive a hammerhead shark showed up. I couldn’t believe that I finally saw one of those elegant creatures with their characteristic T-shaped head. He was first below us and then besides us and at a distance of less than 3 meters – luckily, otherwise we maybe wouldn’t have spotted him. It was a unique experience.

Who would have thought that the second dive offered another spectacular highlight? First, we saw another two hammerhead sharks, a group of golden rays and a massive group of juvenile barracudas. But while we were calmly observing some sea turtles the strangest creature ever showed up – a Mola Mola. This prehistoric fish is huge and looks like he only consists of a gigantic flat head with two fins. We were so surprised and fascinated by this gigantic bony fish that we only managed to catch a blurry video, but the memory will always stay in our mind. Definitely one of our animals on the bucket list 😉