Baby Sloth and a Giant Anaconda 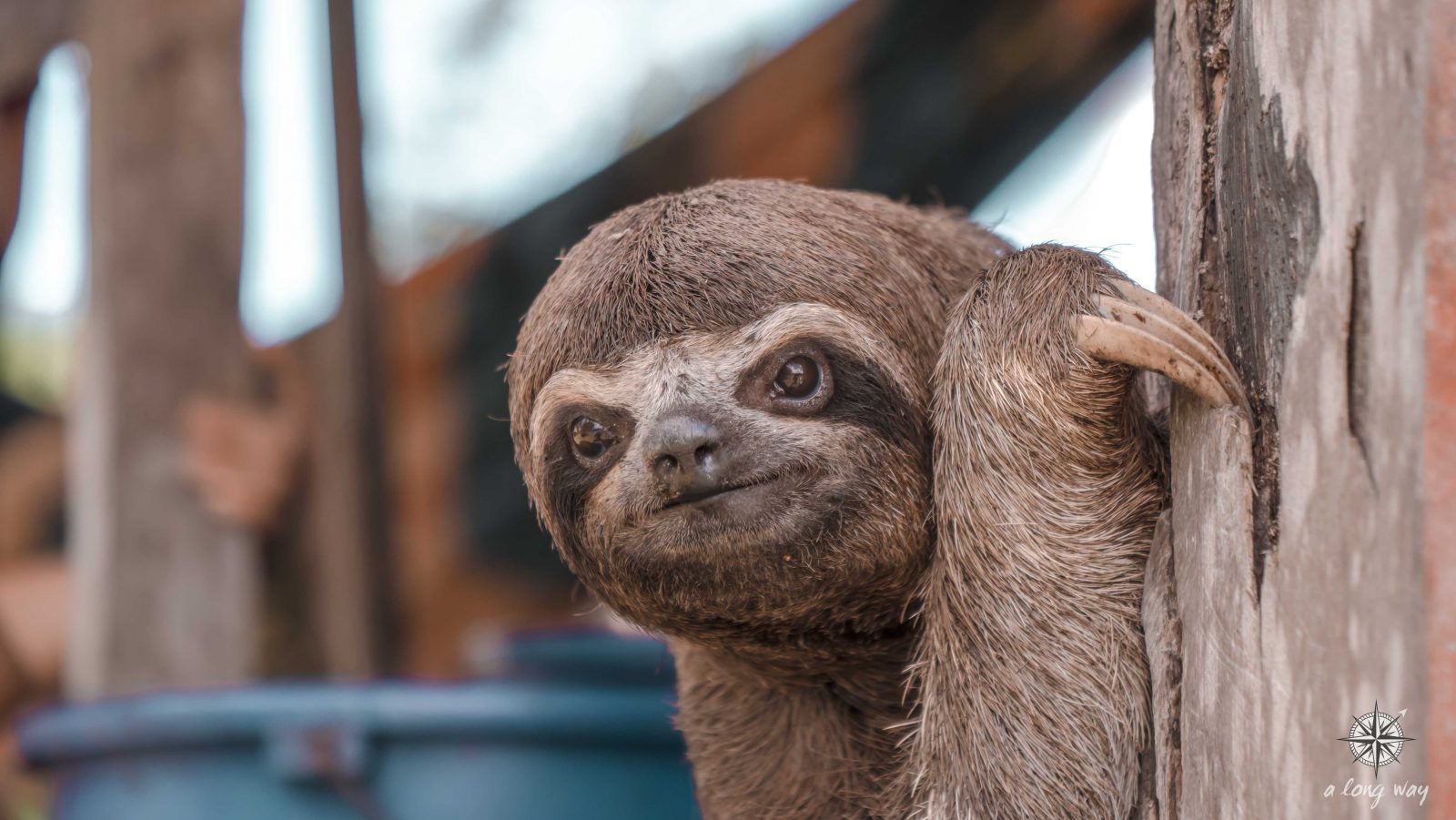 From Lima we took a flight deep into the Amazon jungle to reach Iquitos, the biggest city without a road connection. After we had booked two full day tours into the jungle, we enjoyed the rest of the afternoon at the pool of the Hilton – where we of course did not stay.

The next day Daniel, our guide for those two days, brought us to an aquatic sanctuary where we could feed some fishes. Well they weren’t ordinary fishes. The first pool was full of hungry Piranhas and as soon as we threw in some food, there were countless mouths with sharp teeth snapping for it.

But the real monsters were waiting for us in the second pool, Paichas – the biggest sweet water fish in the world. They were around 3m long and had huge mouths through which they sucked in everything that looked like food. But of course they are no monsters, just gentle giants.

In the next sanctuary a dream came true for Roger, as we had the chance to hold a baby sloth. All the animals in the sanctuary were confiscated by the police from animal traders and were getting prepared for their release. This was important to us and made the feeling even better to hold one of those unbelievable cute animals. Its face looked like it was constantly smiling and its movements were so slow, even the blink of an eye took seconds.

After this overwhelming amount of cuteness, we had the chance to hold another, slightly bigger animal – a grown up Anaconda. She was about 5m long and so heavy the two of us could barely carry her on our shoulders. And when we posed for a photo, she was slightly squeezing Daniela’s arm and my neck – and with slightly I mean a lot.

Afterwards we were visiting a traditional village and while Roger and I were dancing with the natives Daniela was filming us with the help of a baby sloth. This didn’t particularly make her job easier, but for sure more enjoyable. After some blow tube training we continued our way to a jungle lodge but on our way another highlight was waiting. River dolphins were crossing our way and we took our time to follow them. Some were grey and some pink and they possess quite a big forehead, called a melon which is part of their bio sonar.

And as if we hadn’t been lucky enough, we also spotted a caiman on our way to the jungle lodge and on our way back some wales followed us. Ok, the wale sighting wasn’t that spectacular as it was a family of slightly overweight Peruvians – but it was funny tough.