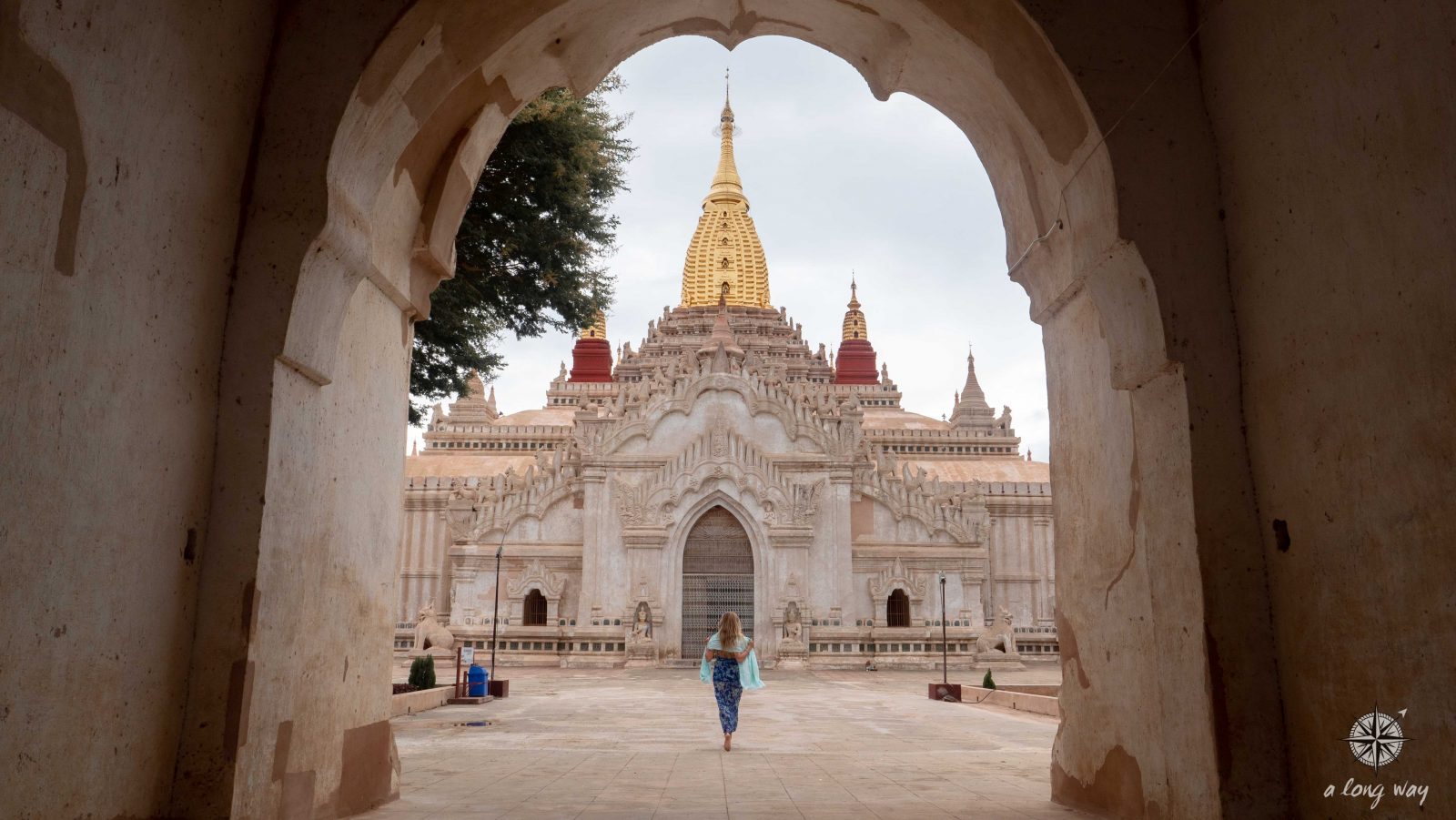 Bagan is considered the crown jewel of Myanmar. This is based on the fact that its temples are so stunning, that they easily can keep up with Angkor in Cambodia but probably also because the weather is generally better than in most other parts of the country.

There are so many temples to explore that we decided to set up a 3-day itinerary with the most impressive temples. In case you have less time, it can also be done in two. The best way to follow it is to rent an e-scooter as it gives you more flexibility than with a tuk tuk and is less exhausting than with a bike.

The e-scooters have to be returned every evening as they need to be charged. Make sure you can keep yours until late, so you can try the many good restaurants Bagan has to offer. Our favorite was Elodie where we returned several times. And no matter how little you move, you will sweat. Therefore, staying in a hotel with a pool is clearly recommended. We absolutely loved our Blue Bird hotel as it was the most luxury experience at a budget price we had for a long time.

Ananda Temple
This temple is considered the masterpiece of Bagan and why not start with the best. This temple with its golden dome is so impressive that King Kyan Zit-Tha executed his architects after completion to ensure that something as beautiful could never be built again.

Shwezigon Pagoda
This pagoda is at least as impressive and completely covered in gold. According to the legend its place was defined by a white elephant carrying the religious artefacts that are now embedded in the pagoda.

Bulethi
This beautiful brick pagoda used to be a popular sunrise and sunset spot. But after an earthquake in 2016 the government forbid the climbing on almost all temples. This is understandable in terms of preservation but the viewing mounds they built instead are simply not high enough to get an excellent view. But we also did not have the best weather in August, which influenced our sunrise and sunset experience a bit.

Manuha Temple
This temple is almost too small for its buddha statues as they are so high, that it looks like their heads are touching the ceiling.

Nanpaya Temple
This smaller temple is one of two sandstone temples in Bagan. Its interior is rather dark but welcoming at the same time.

Abeyadana
The mural paintings inside are its highlight and the outside offers a stunning view over the other temples. But the real reason to visit this temple is the painter Than Htike. He is an extremely talented local artist with the most charming stories about his paintings.

Mya Zedi Pagoda
This pagoda contains the Mya Zedi inscription, the oldest stone inscription in Myanmar. It is written in Pali, Mon, Burmese and Pyu.

Gaw Daw Palin
This temple wasn’t on our itinerary but when we saw this massive building with its golden dome tip we had to go inside. There we found 4 main buddhas and several smaller buddhas.

Nat Htaung Kyaung Monastery
This wooden monastery is one of the absolute highlights of Bagan. It is beautifully constructed with wood carvings full of details.

Mimalaung Kyaun Temple
This is one of the few if not only temple you are still allowed to climb and its absolutely worth it. Even though this temple is not particularly high you still can see some of the impressive surrounding.

Dhammayan Gyi Temple
This was the only temple we visited that had buddha twins inside. While in other temples the buddhas sit alone, here two buddhas share a bench.

Shwesandaw Pagode
This pagoda reminded us a bit of a Mayan pyramid and it must have been a fantastic lookout point. But as with other temples, climbing is not allowed anymore.

Running in circles in Yangon

Everything floats at Inle Lake

Half a Million Buddhas