An Island Full of Penguins 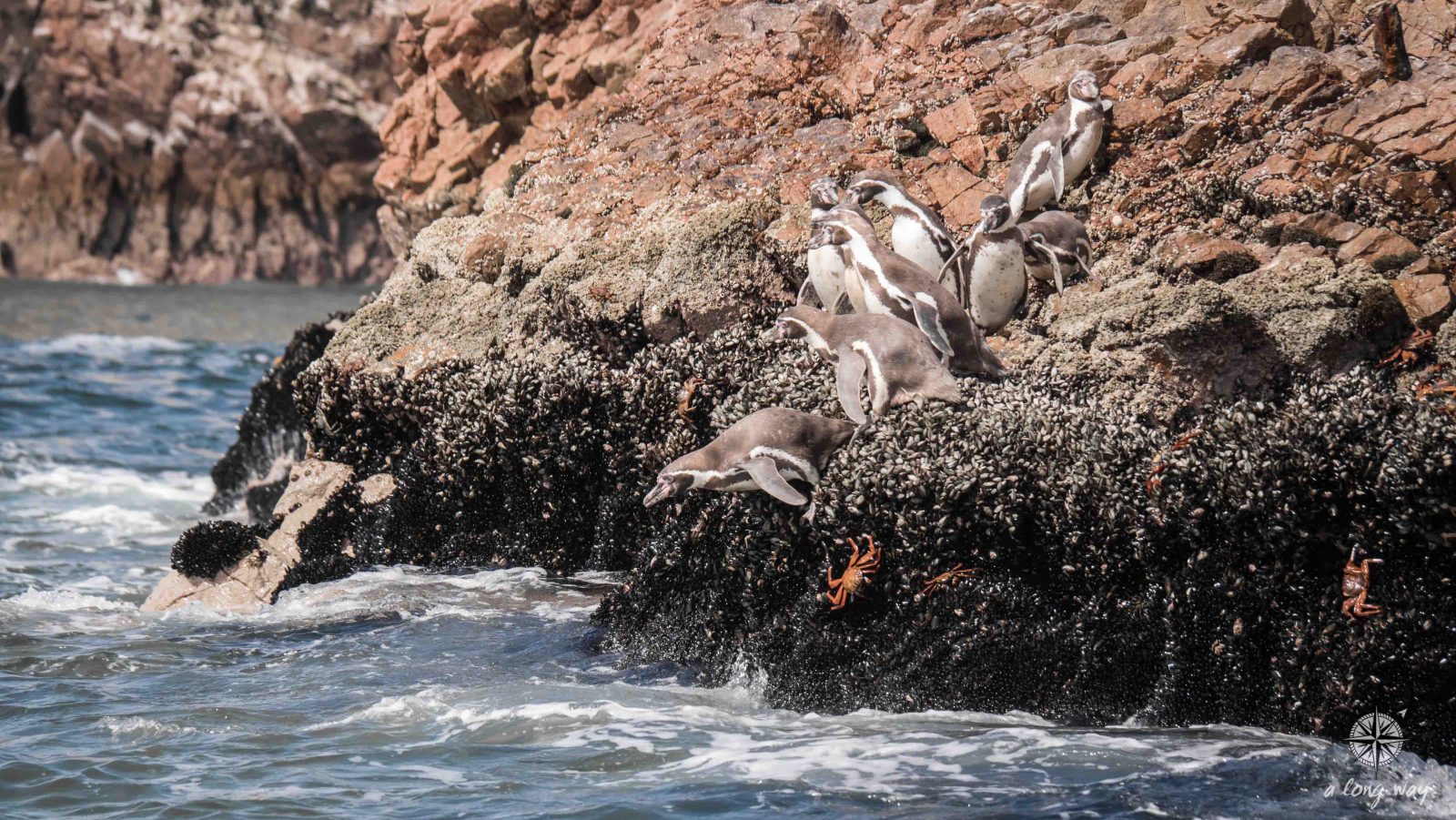 Our next day didn’t really work out as planned. First our flight to Lima was delayed by 3h and then we figured out that there was no bus connection to Pisco during the day. And even if we would take a bus to Ica and then a taxi to Pisco we would arrive so late that we wouldn’t be able to book a tour to the Balestra Islands for the next day. In the end we took the bus to Ica, booked a hotel there online, cancelled our hotel in Pisco via e-mail and booked a tour to the Balestra Islands via What’s App.

And this tour was so worth it. Even tough it carries the nickname “Galapagos for the poor” it was so rich in wildlife. We saw lots of seals, a giant sea lion, Peruvian Boobies, crabs, giant red jelly fishes and a mountain full of cormorants. There were so many that Rogers camera identified them as snow. But the highlight of our tour was still waiting for us – a big group of Humboldt Penguins. They were standing closely together on a rock and right when we arrived the whole group started to move towards the water. They waited at the edge and whenever a big wave arrived a part of the group jumped into the water until they had all disappeared into the surf. It was a unique spectacle and when we drove back to the mainland, we could still observe them in our minds.

In the afternoon we checked into our hotel in Huacachina and it was a real oasis. Not only was it a lagoon surrounded by palm trees in a desert, we also had booked one of the nicest hotels on our Peru trip and so we could finally relax at the pool.