Agra – Home of the Taj Mahal 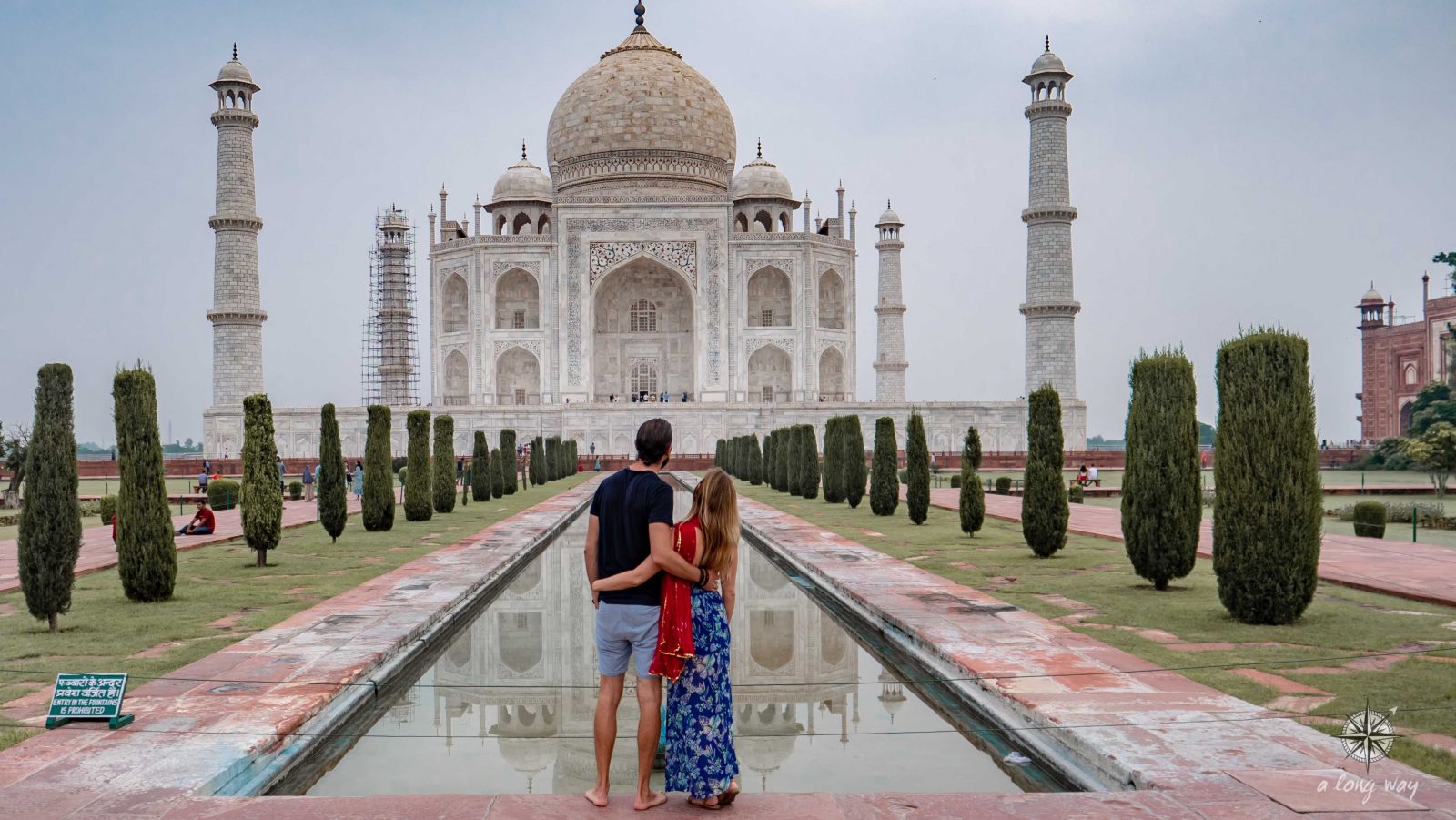 The next day we took the train to Agra to see the most famous monument of India. It is probably also the most expensive monument of India as in today’s equivalent it would have cost more than 800 Mio USD. It was built by Shah Jahan, a Mughal emperor, as a mausoleum for his favorite wife, Mumtaj Mahal, and its expenses caused a lot of trouble.

Shah Jahan basically used up all the tax money available to build the Taj Mahal and this caused a conflict with the tax payers and especially with the biggest contributors, the Maharajas. When the conflict became too big his own son gained the support of the Maharajas and put him under house arrest. He promised to be more reasonable than his father but when he turned out to be as wasteful, the Maharajas finally turned to the British. And we all know how this ended.

Maybe it was insane to build something as opulent as this, but without this craziness something that beautiful would have never been created. When we walked into the garden at 6 o’clock in the morning we soon realized that this was probably the most beautiful building we had ever seen. Unfortunately, even at 6am many others thought the same. It wasn’t easy, but we managed to take some amazing photos. And when we observed the mausoleum from up close we realized how much more beauty there was built within. More than 20’000 men had been working on this structure and they had not only built it in a perfect symmetry but also created some stunning drawings with black, yellow and white marble and all sorts of precious stones. It is difficult to describe such an outstanding building and we strongly advice everyone to see it themselves.

The Agra Fort we visited the next day has kind of the opposite story. While the Taj Mahal tells the story of an in-depth love, the Agra Fort, amongst others, tells the story of Sodom and Gomorrah. One of the rulers, even though a Muslim, had his own wine production facility in order to receive a constant supply. Further he had 500 mistresses for his pleasures and 500 eunuchs to guard them. While enjoying his mistresses he had two servants, which he had turned blind and depth, to constantly operate the fans. Again, it was excess that made this building so outstanding but at least the story behind it is good.