A Mine that Killed Millions 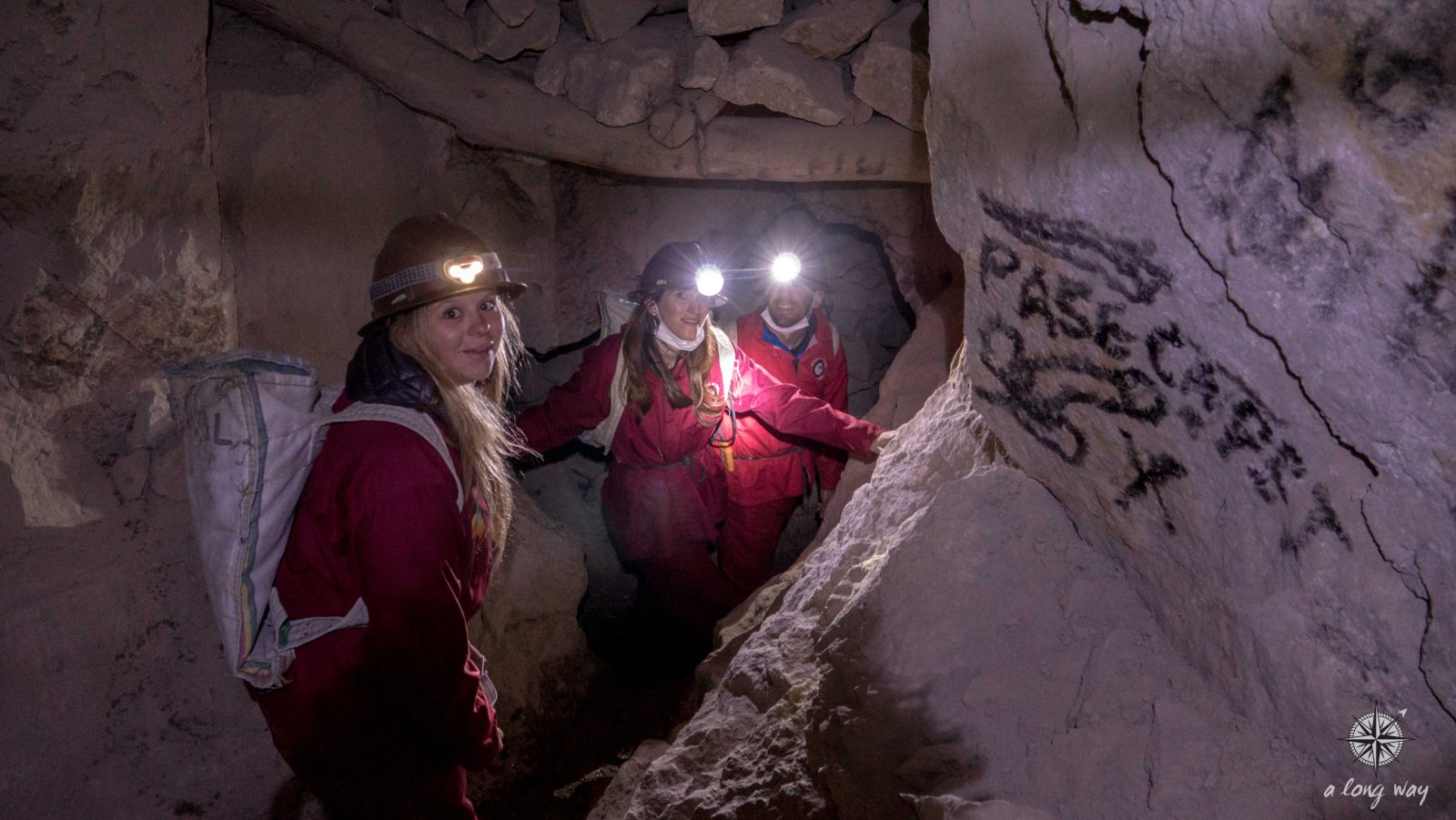 Potosi is infamous for being home to the former biggest silver mine in the world. In the 15th and 16th century the Spanish inquisitors deported millions of Peruvians and Bolivians to this mine and forced them to dig for silver in quasi slavery. The working conditions were so terrible that 7 to 8 million Indians died in this time.

Today the mine is still operating but the silver deposits are exhausted and therefore they are looking for tin and zinc. The 7’500 remaining miners are organized in “Cooperativas”. They share what they find and they even possess social security insurance. And as they also offer guided tours into the mine this is a must do while in Potosi.

And so we entered the hell of Potosi equipped with over clothes, rubber boots, helmets and headlamps. We climbed deep into the mountain, over ladders and through passages so low we almost had to crawl on our knees. And when we arrived at 350 m below the surface we met Tio. Tio is a god to the miners and in order to make sure that he protects them, they regularly bring him gifts and light cigarettes for him. They do this because even today many miners die of the misuse of dynamite or dust in their lungs. It was an intense experience and we felt released when we finally saw daylight again.

Besides the mine Potosi also offers many beautiful churches and some great restaurants and in one of them we celebrated our survival with a lava stone soup.

Feel the Altitude in La Paz